Solar Panels in the UK

Solar Panels in the UK 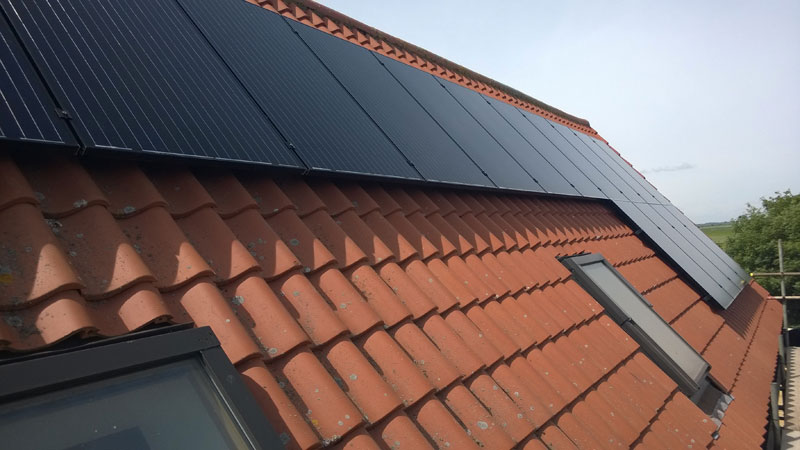 In the UK, over the past 10 years UK grid-connect solar panel systems have grown from being an obscure, expensive technology that only well-to-do tech-heads and eco enthusiasts invested in, into a mainstream technology that everyone has heard of and hundreds of thousands of people have on their homes and offices.

There have been two big factors that have created this huge growth in the solar panel industry in the UK:

Bacause of these factors, installing solar panels in the UK has become affordable to many home and business owners and are a great financial investment, returing a much better ROI than can be acheived through bank accounts.

The Solar Resource in the United Kingdom

How much solar energy is there available in the UK?

Over the past 10 years I have lost count of the number of people who have said to me "There is no point installing solar panels in the UK, the sun does not shine enough". (I might add that these people were not experts in solar energy!) The sun may not shine all the time but solar panels do not need direct sunlight to make them work, they work in any weather, every day of the year. One of the great things about solar energy, especially if you compare it with another renewable technology, wind, is that it is really easy to estimate accuratly how much energy you are likley to generate every year. All you need to know is where in the UK the solar panels are installed; what directions the solar panels are facing (south, south-east etc), what is the angle of the panels from the horizontal and if there are any shading issues. With that info you can work out pretty accuratly how many kWh of electrical energy the solar panels will generate each year.

For more information on this take a look at our article on working out the annual energy output from a solar pv system.

How many solar panels are installed in the UK?

According to the most recent UK Governments statistics on solar panel deployment in the UK:

Lets assume the provisional Government figure for the end of September 2016 is about right. So we have 11,152 MWp of solar installed in the UK.

So, according to our (somewhat crude) calculations there are around 44.4 million solar panels installed in the UK. 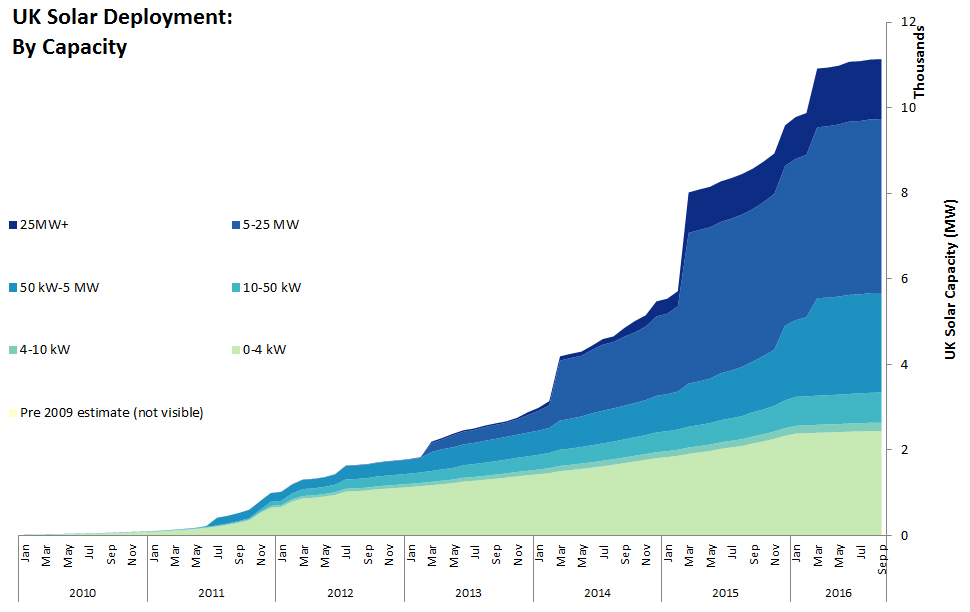 Solar panel manufacturers in the UK

There are a number of UK based manufacturers of solar panels. Most UK based firms tend to be manufacturing more bespoke, high end products for more custom projects. Oftern the manufacture of the actual photovoltaic cells themselves will be done overseas by other manufacturing firms that specialise in cell manufacture and then imported into the UK where the solar panels are assembled by the UK based company.

Solar panel installers in the UK